Here’s our pick of the best art exhibitions and events happening in and around Bristol and the south west in March – including ‘Last chance to see’ shows and a look ahead to upcoming features….

‘Inspirational Journeys’ focuses on Barns-Graham, one of Britain’s most significant twentieth-century artists. and her trips to Europe; while ‘Movements in Art and Life’ explores the creative inspiration offered by St Ives,  to a generation of artists whose lives and careers were impacted by mid-twentieth-century conflict. Curated by Rachel Rose Smith, artists include Sandra Blow, Terry Frost, Barbara Hepworth, Patrick Heron, Peter Lanyon, Margaret Mellis, Ben Nicholson , Victor Pasmore and more.

A series of paintings and mixed media drawings by Nick Andrew, exploring the upper reaches of the River Wylye and surrounding meadow, woodland and downland landscapes. A collection of unique and unusual paintings by Tanya Hinton of animals and birds on weathered, aged and reclaimed wood. Nick and Tanya work from their studio at Bull Mill Arts, Crockerton, on the banks of the River Wylye in South Wiltshire. 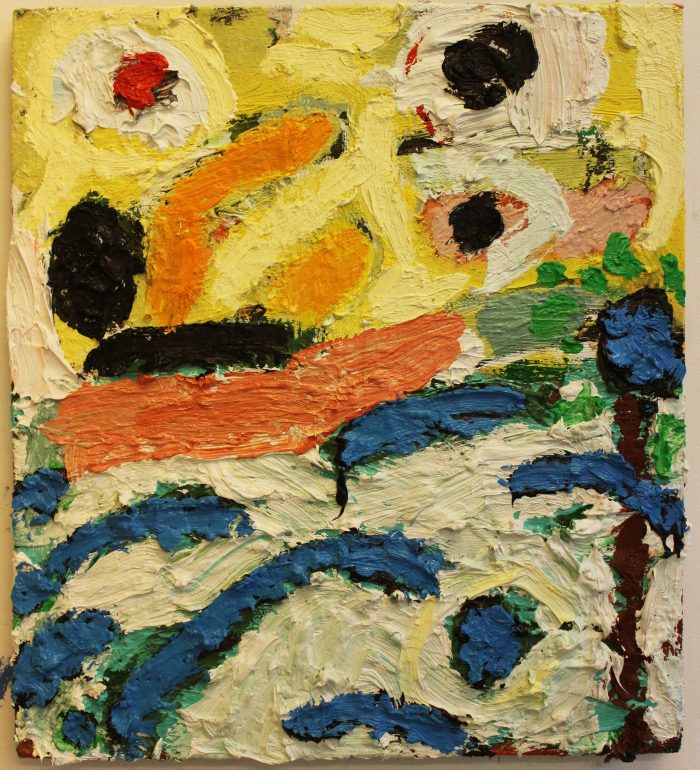 EMERGING TALENTS: MAX WADE ‘WIND FOR THE SAILS’ Each of Max’s paintings start from drawings and are rooted in the reality of forms, motifs and compositions that are influenced by sketches of his travels and day-to-day life. He focuses his attention on the mundane spaces and objects, that we might otherwise overlook: Dinner plates on a dresser; stacked pool chairs; waiting rooms all become things that are examined as suitable subjects for his colourful oils on canvas. Through a process of abstraction, Max creates a dreamlike world that is unfamiliar yet contains recognisable elements.

MICHAEL FLYNN CERAMICS Born in 1947 in Germany to Irish parents, his works are modelled on the kind of courtly figurines made in the 18th century by Wedgwood and Meissen but subverted, presenting them wrestling, jumping, hanging upside down and in displays of orgiastic candour. Examples of works from all periods of Flynn’s career – from his early polychromatic pieces inspired by the relationship between Dionysus and the harlequin to his rougher, more craquelured stoneware portraits of dancing animals and most recently, to more etiolated pure white porcelain works  inspired by the idea of Vanitas.

An exhibition exploring the connection between history and the present day, inspired by Samuel Taylor Coleridge’s epic poem: The Rime of the Ancient Mariner. Mariner looks at what connects us across history and the present, from the desire to travel – to journey out and back again – to the role of intuition and imagination, the making of mistakes and the process of recovery and redemption through knowledge and understanding.  Mariner showcases a series of new commissions and artworks that consider the contemporary resonance of the poem.

Mariner marks the 400th anniversary of the Mayflower from the UK to the United States of America in 1620. This exhibition brings together artists and scientists to tease out what we might learn from the past whilst exploring the most pressing of issues that the poem seems to speak to in the present day, including marine pollution, migration, hidden histories and human vulnerability and isolation. In this way, Mariner is an epic tale retold for a 21st-century audience, with an urgent ecological message whereby we all become the mariner. 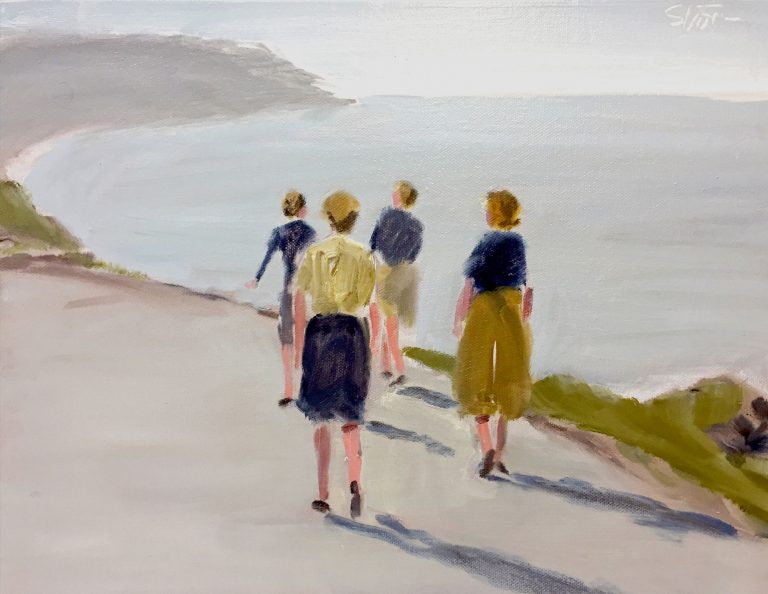 Figures and Faces is the fourth figurative group exhibition by Andelli Art, showcasing contemporary and twentieth century artists’ enduring fascination with portraying the human form. The works in the exhibition embrace the resurgence of figurativism and feature a wide range of styles – from sharply-focussed realism to highly expressive, experimental forms and compositions.

Figures and Faces presents a thought-provoking show, portraying imaginative, alternate ideas of how the body in art, and in our world, should look. 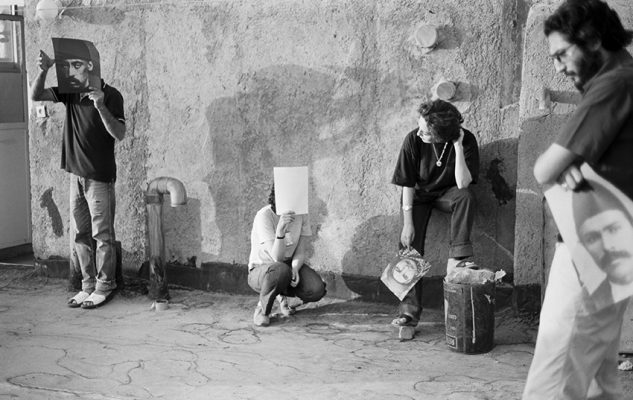 Amak Mahmoodian’s Zanjir (Translation: “chain”) presents a body of photographs that cross great distances – reaching through history to bring the earliest images of Iranian photography into the present, across oceans to invite Mahmoodian’s family and friends; and across the border between life and death. In 2004, Mahmoodian visited the Golestan museum and undertook an archival research project lasting two years. The Golestan Archives are located in central Tehran, which was once a home for Qajars, the kings’ wives, Harem women, and their relatives. Mahmoodian uses selected historical photographs as masks, asking her loved ones to hold the prints in front of them, framing her own kingdom and centring the sorrow of separation she feels for them as she lives and works three thousand miles away.

Nicola Bealing, RWA Academician, is a Cornwall-based British artist who works in both painting and printmaking, who leans toward the narrative and visually communicates modern-day fables through the exploration of the absurdity of human behavioural patterns.

Themes of dark and light, blood and contortion, wind, sky and water, eyes and teeth, long roads, high mountains, birds in forests together with powerful representations of flora recur in her work. This solo exhibition is a response to Lorca’s Blood Wedding, an adaptation of which is being produced at Salisbury Playhouse.

7) THE ART OF SPRING 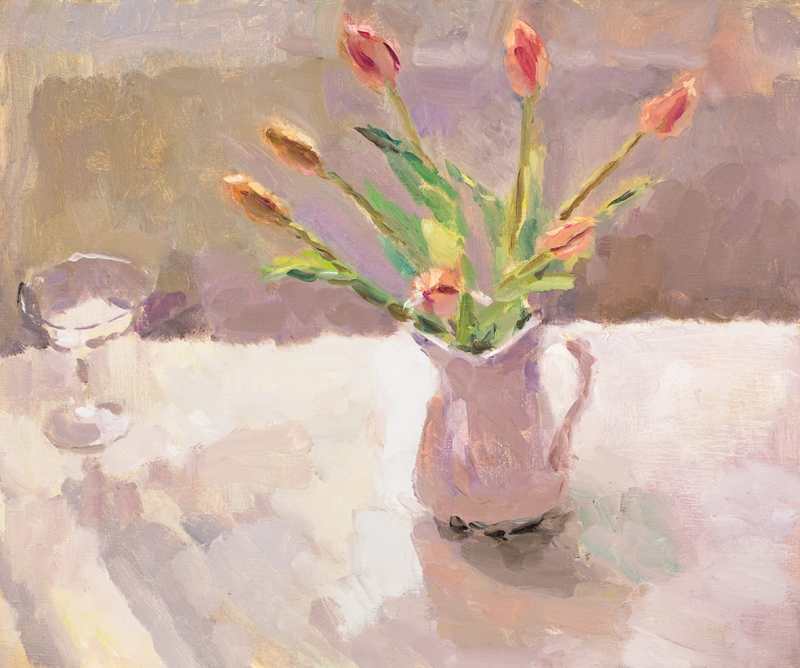 For March the gallery embraces light, colour and re-emerging life, through the works of Stephanie Axtell, Lynne Cartlidge, Maggie Matthews and Sally Stafford.

ROB COLLINS ARTIST: UNTIL 29 MARCH Celebrates some of those things that make Gloucestershire such a great place to live. Tetbury Goods Shed Arts Centre, TETBURY https://shed-arts.co.uk/

20 MARCH 7-7.45pm & 8.15-9pm Dark Side of the Moon: The Fulldome Experience Listen to one of Pink Floyd’s greatest albums of all time in a completely new light. WE THE CURIOUS, BRISTOL https://www.wethecurious.org/PS/DarkSide

If you would like an exhibition or artist to be listed please email laurel.smart@blueyonder.co.uk for consideration.